“For he who does not read, dares not to believe”

William Nicholson famously said, of books, that ‘We read to know that we are not alone’. Whilst it is purported that no man is, in fact, an island – everyone feels a little isolated, at times.

Never is this more appropriate than at the closing of the summer. The endless nights and mindless frivolities of hot nights on roof terraces are about to give way to a change in the wind, and approaching dark: ‘the winter of our discontent’.

Nevertheless, we will soldier on, we will add a cashmere jumper to our favourite two-piece to trap the rapidly escaping body heat, we will start wearing socks again, and we will (although many of us wouldn’t admit it), blow air out of our mouths and watch the condensation disperse in breathy clouds of white: pretending we’ve a forty-a-day habit.

‘Read, in order to live!’ – demands Flaubert, and you’d be remiss not to obey him. Close out the cold, trap the warmth of summer under a cable-knit beanie (if you must, you silly hipster) and indulge yourself with these choice works. Sit with your back to the fire – wear those fingerless gloves that grandma gave you last Christmas (for the ninth year running) and leaf fervently from beginning to end.

By the time you finish, the worst of winter will be over – and spring will be around the corner, beating back the frost, and saving you from your forty-a-day breathing habit.

I. The New Confessions – William Boyd

William Boyd is, undoubtedly, one of the finest portrayers of a life fulfilled, or so often not, that it would be a shame for anyone to not have read at least one of his books. I have picked this one to stand out as it encompasses three continents, political intrigue, brutal warfare, and the enthralling terror of Nazification in 1930s Germany. A tale of love and woe – not to be missed.

II. The Book of Dave – Will Self

An absolute ripsnorter, believe me when I say that this will test your ability to fly through a novel at a rate of knots. Self juxtaposes a grim reflection on modern society with a post-apocalyptic world, which bases its scripture on the ranting and raving of a miserable, somewhat deranged cabbie, Dave. Conquering a Self novel is a truly liberating, and rather narcissistically, rewarding experience.

Le Carré has burst back onto the scene with his return to what he knows best: the espionage novel. From out of the Cold War and into the here and now, this is a perfect reflection on the monetisation of global conflict, and the fallacies of office. Real, gripping, tense, and with a writing style that is entirely individual – it may be the best read of your year.

IV. The Way of the Knife – Mark Mazzetti

For our American gentlemen especially, The Way of the Knife is the untold story of the last decades of the USA’s shadow war: a campaign that has blurred the lines between soldiers and spies and lowered the bar for waging war across the globe. A Pulitzer Prize winning journalist, some uncomfortable truths, and a refreshingly in depth answer to what you never thought you’d find out about current affairs; read yourself smart, chaps.

This is a superbly masculine novel. Bordering on gratuitous, the Hollywood of Spektor’s narrative is full of fat wallets, ostentation and sartorial inclination. Rivalries and conquests abound in what, one day, might make a fantastic piece of cinema; so if you prefer watching television – try this on for size instead, see how it fits. You may be surprised.

“I want to give a really BAD party. I mean it. I want to give a party where there’s a brawl and seductions and people going home with their feelings hurt and women passed out in the cabinet de toilette. You wait and see.” Need I say more?

Every gentleman should aspire to be a little bit more like Mr. Bonfiglioli – sometime man of letters, art dealer, mover, shaker and mischief-maker. Mortdecai is a man of fascinating predispositions. Imagine Stephen Fry in life, mixed with Johnny Depp in The Tourist – and give him a butler. Everybody should read this at least seven times in life.

‘In Solo, Boyd returns to classic, literary Bond: James Bond the human being, not James Bond the superagent. Whilst naturally there will be cocktails, cars and women, Boyd will reveal the man behind the icon, from his emotions, quirks and flaws, to his sartorial taste.’ A&H’s favourite man of letters, Mr. Boyd, has given us more for the impending cold than we could ask for. Bond is back – and every gentleman with an imagination should be salivating. 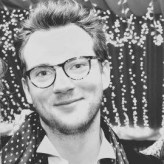 Nicholas is a second year student enrolled at the prestigious University of St. Andrews. He studies English Literature & Philosophy and has a soft spot for anything Double Breasted or Double Monked - He works as a freelance journalist, contactable at his published email address