This month’s scented recommendation comes from the provocative and always intriguing French independent house of Etat Libre d’Orange. Set up in 2006 by Etienne de Swardt with a house motto of ‘Le parfum est mort, vive le parfum!” (Perfume is Dead, Long Live Perfume!) ELdO has established itself as one of the cheekiest and most avant-garde kids on the olfactive block.

Fils de Dieu (et du Riz et des Agrumes) was created for ELdO by the talented German perfumer Ralf Schwieger. Based at Mane, he already arguably has the most complex and intriguing Hèrmes fragrance, Eau de Merveilles under his belt (A collaboration with fellow Etat nose Nathalie Feisthauer) and also the sumptuous and genre-defining Lipstick Rose for Editions Frédéric Malle. Schwieger trained as a chemist originally and I feel this analytical background allied with the rigorous aroma training necessary to achieve the levels of haute perfumery has inculcated in Schwieger a desire to produce bold difference in his work. He understands the osmosis of skin and scent and his fragrances are elaborate, textured and always surprising. Schwieger builds his scents from seemingly opposite elements and is steeped in the aesthetics of fragrance. His work on Fils de Dieu is nothing short of aromatic art.

Fils de Dieu constantly surprises me when I wear it; I never fail to be captivated by the opening milky steamed rice accord as if you were lifting the lid of just cooked jasmine rice. So zen and fragrant, tenderly cradled with coconut, shiso leaf and floating petals. There is a mouthwatering ginger zing, a note I normally avoid in scent, as it can smell so fake and choleric. But Schwieger freshly grates the rhizome and floods the senses with pungent juices. His use of musks and skin-close animalics is restrained and carefully sensual. When I blogged on this scent back in 2012, I noted at the time that Fils de Dieu smelt like a simmering twist on the vanillic-oriental accord, a warped homage to Guerlain’s dirty 1889 classic Jicky. There is the same sense of cold danger. Fils de Dieu is a fragrance with culinary aspirations, wit, verve and no small sense of oddity. I think it is remarkable, challenging perhaps, to ask us to consider such gustatory elements as perfume, but the beauty of the juice is in the wearing, the layers of transformation, singularity and style. 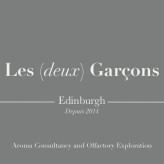