What do you know about Piaget? They manufactured (until a couple of years ago at least) the world’s thinnest mechanical watch, but what else?

For such a seemingly large brand (owned by the even larger Richemont Group) Piaget hasn’t really gotten pulses racing over here. They have a rich history and are one of the few in-house movement manufacturers, yet Altiplano aside, they aren’t renowned for anything in particular. So it was with some curiosity that I arranged a trip to their boutique inside London’s Harrods department store after being contacted on LinkedIn by one of the team members there.  Photographer Adam Priscak and I made the short trip to Knightsbridge to meet Steven Wu and Romain Giovannetti.

One thing about Harrods is that it is opulence amplified. If you’re from London like me, then you sometimes take it for granted, but the department store slap bang in the middle of prime real estate Knightsbridge is a luxury destination in its own right.

The Piaget boutique takes up spaces between De Beers, Boucheron, and Chopard by the entrance to the “Room of Wonders,” and once inside we were greeted by the very well presented Steven who shows us to our seats. Steven moved to Piaget from Breitling London less than a year ago, but I was very impressed with both his knowledge of watches (not just Piaget) but also his demeanour. It’s very easy to get caught up in buzz-word mumbo jumbo when speaking to sales people representing a brand, so conversing with a “regular” person was a welcomed change.

As I mentioned previously, Piaget hasn’t recently been known for much more than the Altiplano and some other high jewellery lines. That may be about to change.

The above watch was the first presented to us, one that caught my attention upon arrival, the Piaget Polo Tourbillon Relatif. For a brand synonymous with slim watches, is it a surprise that this houses one of the thinnest flying carousel tourbillon movements made by any brand to date? In the flesh, the watch is extremely eye catching with a deep set dial allowing the tourbillon mounted to the end of the minute hand to rotate around the dial freely. The hours are indicated by a smaller arrow on the middle raised disc. The piece reminded me of the Cartier Astrotourbillon (Cartier is also a Richemont owned brand), but the Piaget trumps it in terms of movement depth, and the fact that it is an automatic! Housed in 18k white gold, it is a limited production (but not a limited edition) piece retailing at an eye-watering £230,000.00! What you know, however, is that a piece such as this is what one would term an “important” watch due to its place as the world’s thinnest automatic tourby. Does that mean that it will fare well amongst collectors? That’s for the auction results from Christie’s and Antiquorum to decide when a piece is traded one day. Until then, my own conclusion is that I am glad to finally see a high complication piece from the brand that may actually stir some new interest in it.

Another piece that held my attention was the Emperador Coussin, this time in rose gold with a very nicely displayed moon phase complication. I’m a sucker for aesthetics, so a massive textured lunar display aperture is right up my street! I have a thing for this type of bluey grey dial and cushion shaped rose gold case, probably in no small part related to its resemblance to the iconic Genta designed Patek Philippe Nautilus. That’s no bad thing in my eyes, and it could well be a good ongoing line for Piaget should the new Emperador Tourbillon live up to its billing once it’s officially available later this year. The look is made perfectly for formal or even business casual wear, and I can picture it now at the cuff end of a Madison Bespoke suit.

So what about the brand itself? An anomaly in the sense that it has such a large history and is backed by a luxury powerhouse in Richemont, yet struggles to make a legible impact (on western shores at least). The brand is very popular in the far East, possibly due to its slightly slimmer and more classic lead design. Then again, I did hear the other day that Franck Muller is the number 1 watch brand in Japan, so what the hell do I know?

Well, if the recent offerings are anything to go by, then maybe Piaget can raise its brow up to the level of sister brands Jaeger LeCoultre and Cartier, at least in terms of recognizability and place on the invisible “Worldwide Luxury Index (current number 1 position held by either Rolex or Louis Vuitton, depending on who you speak to).” Call it innovation, evolution, or just some nonsense written by a young(ish) blogger from London, I am just hoping things continue in the same vein. Remember, competition is good for progression. Someone wise somewhere might have said that. 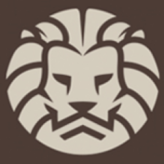 Luxury watch expert and menswear enthusiast Anish Bhatt has been a professional in both fields for over a decade! He shares his thoughts and passions on www.AandHMag.com, and his own luxury blog, www.WatchAnish.com