Pileggi & Scorsese, both commenting in lamentation of the old Vegas becoming the neon circus of glittering amorality and guzzling consumerism that it is today, wrote in Casino:

In the old days, dealers knew your name, what you drank, what you played. Today, it’s like checkin’ into an airport. And if you order room service, you’re lucky if you get it by Thursday.

I was reminded of this monologue, read by De Niro in homage to Lefty Rosenthal, when I spoke with Vinnie Sikka, founder of Deo Veritas, last month. The conversation turned to the relationship between men and their tailors, shirtmakers and shoemakers. Or rather that there aren’t enough of them, and one is too often it is lost in the dregs of high street, low quality, ill fitting menswear; such that is making men look cheaper for dressing cheaper. There is value in value after all.

Speaking to Vinnie was wonderfully refreshing. Forever a Romantic, my pining for the golden age of sartor comes of little surprise. What I later realized, however, is that little has changed. The personal relationship that Scorcese and Pileggi wrapped around the golden age of Vegas has always existed in bespoke clothesmaking and continues to exist today, if you know where to look.

The whirlwind few years of #menswear is not a proliferation in itself, but rather a symptom of menswear paradigms shifting into the Internet. One consequence of this was tumblr users discovering Italian tailoring and another could be a revolutionizing of the bespoke process.

Mr. Sikka speaks as if he’s your family’s tailor and has known you for years. And yet he is the founder of online bespoke shirtmakers Deo Veritas. Yes. Online.

I had the same concerns that you’re having right now. I have always been a supporter of the Jermyn Street shirtmakers and getting mine made, bespoke-made in particular, anywhere else was a long shot for me. After all, there is not a thing Jermyn Street cannot make in terms of fabric, cut or collar. There is one restriction, however. Price.

Deo Veritas shirts start at $55 for a fully tailored shirt that will fit you perfectly. In fact, if the shirt doesn’t fit you perfectly, and is ill fitting because of fault on their end, you will be fully refunded.

This is just one of the way that Vinnie and DV is creating the level of trust that one would have with a family tailor of many years, but doing so in less than 5 minutes.

Not only is Deo Veritas matching the trust level of traditional shirtmakers, they are also innovating their way past them. I, too, was skeptical of the possibility of this at first. But Vinnie asked me to consider what your tailor is really there to do in the shirtmaking process. It boils down to measuring, and then matching those measurements to their creation.

DV’s tailors in Hong Kong are incredibly talented and respected and can replicate measurements into a bespoke shirt brilliantly, even down to the details of my collar bar and pin holes. Even if what you want isn’t listed on their website, they will create it for you regardless. And on the first point, there is beta testing right now, for measurement software that requires you only to stand in front of a webcam.

This is where the paradigms are shifting, and I’m not saying that to be unnecessarily bold and create undeserved hype. I’m saying it because it has the potential to change bespoke altogether. The convenience of online shopping in replacing shopping at mid-level brands could, if the software is harnessed, transfer to a new convenience in bespoke.

I find myself here on awkward ground. Just like my good friend Mr Constantine this month, I will stand by Savile Row until it is burnt to the ground. And I really don’t see that happening. And I’m not even sure if companies like Deo Veritas threaten traditional clothiers of Savile Row and Jermyn Street. Instead, they can succeed and make their name in using the internet to democratize bespoke, make it more widely available. Even if that means the public starts buying shirts that actually fit.

It may remain to be seen whether online tailors and shirtmakers like Deo Veritas can subvert men’s fashion in a similar way that tumblr – for a short while – subverted menswear editorials. But if only anything is true, it’s that they are credible, trustworthy, and honorable tailors, not to be discounted merely due to their medium. 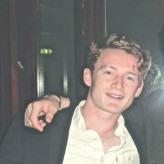 London Editor for A&H, Tom Ayling studies Literature in the ancient Scottish town of St Andrews and blogs on The Holy Trillity.